Notes for HENRY P. PITTS:
In 1870 census for Jackson County, Arkansas, it shows that Henry P. Pitts lieved in Jacksonport Town and was 36 years old.  It showed that he "works on Hands Ferry"

In 1880 census for Christian, Independence County, Arkansas, Henry P. Pitts was a farmer amd both his parents were from North Carolina.

Child of HENRY P. PITTS and ELIZABETH SINCLEAR:
i.   DELIA A. PITTS born 1869

Notes for ELIZABETH: 1880 Sharp County Arkansas Census shows an Elizabeth Kennedy (46) widow born in Tenn. with her 4 children...John (12) born in Missouri, Joseph W. (9) born in Missouri and twins Jessie B. (male) and Nannie D. (female) both (5) born in Arkansas. Their father is also shown as born in Tennessee.

Notes for NATHANIEL H. PITTS:
On the 1910 Jackson County census, Nathan stated he was born in Arkansas, his father in Ireland, and his mother in Virginia 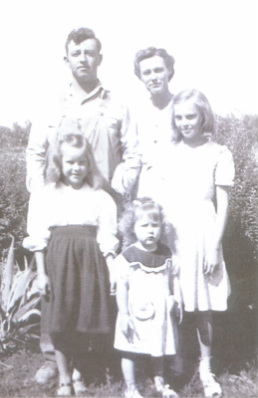 Child of LEHMAN PITTS and AUDREY LAMBERSON is:
i. RHONDA PITTS.

Generation No. 4
OBITUARY: Everett King, 72, of Tuckerman departed this life Tuesday, February 22, 2011. He was a member of First Baptist Church in Tuckerman, a Mason, Mayor of Tuckerman for twenty two years, on the Fire Department for twenty two years, enjoyed fishing, camping and gardening. He was preceded in death by one son; Russell King, his parents; Roy and Nora (Pitts) King, five brothers and one sister. He is survived by his wife of twenty six years; Nina King of Tuckerman, one son; Michael King of Louisiana, one step-son; Cory Patton of California, two daughters; Cherie Gosser of Mountain View, Francis Rivas of Mountain View, one step-daughter; Denna Patton of California, two brothers; Wayne King and wife Ann of Vilonia and Nathan King and wife Barbara of Jonesboro, one sister; Francis Rowland of Tuckerman, eleven grandchildren and one great grandchild. Services will be 2:00 p.m. Friday, February 25, 2011 at Dillinger Chapel. Burial will be in Gracelawn Cemetery. Visitation will be 6-8 p.m. Thursday, February 24, 2011. The family would like to extend their gratitude to the staff at McClelland VA Hospital. Pallbearers will be Danny King, Randy King, Steve King, Jerry Smith, David Williams and Jerry Person. Officiating will be Kyle Rhea assisted by Jeff King. 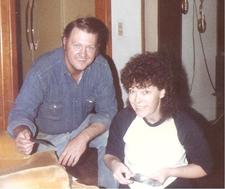 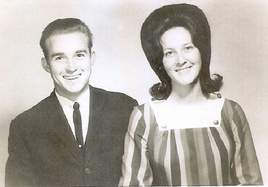 Child of PHYLLIS PITTS and GARY ROBINSON is:
i. SHAWN ROBINSON.
Generation No. 5 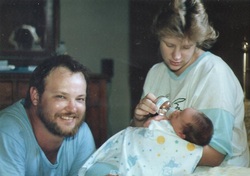 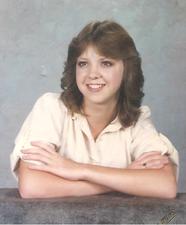 Child of JUDIE SHIPMAN and JIMMY LANCASTER:
i. KRYSTYN LANCASTER, born in Arkansas.